Education in Finland is more successful than most countries in the world, in terms of number of students who enroll, number of students who graduate, and (most notably) test scores. But the best feature of all is the free higher education offered to all students–including international. How on earth is Finland able to afford free education for all students while still maintaining the high standards that they have set?

Well it is a mixture of a few things. The most important quality that distinguishes Finland is it’s unique education system which was implemented around 40 years ago. It is widely considered the best

education in the world, and it is no accident. They have a very different perspective on education: students aren’t even graded during their first 6 years, and do not start school until 7. Even then, they only take one standardized test when they are 16, and spend a lot less time studying and in classes than we do. How could all of this equal better grades? Well a lot of it has to do with their teachers. They are chosen from the top 10% of their class, and are considered on the same level as doctors or lawyers.

Finland almost got rid of this system for international students , but didn’t due to opposition from students in Finland, who feared that raising tuition for international students would bring them one step closer to having to pay tuition themselves. But how is Finland able to continually afford these costs? Well it is almost entirely publicly funded. The government covers the costs of 95.9% of education, because of the strong Nordic belief in equality. The education gap in Finland is the smallest in the world, so the test grades are not only high, but consistent.

“Land of the free and the home of the brave.” This is one of the most recognizable slogans of The United States of America. While everyone enjoys their freedom, people tend to forget about the brave that safeguard it.  Yet the war they are fighting overseas, follows them home when they return to high unemployment rates, lack of medical attention and an unlivable annual salary.

If these numbers aren’t hard enough to overcome, the truth is, most veterans don’t come back from war unscathed. If they don’t have a physical injury, many veterans come home with some kind of traumatic brain injury (TBI) or PTSD. According to the 2010 study done in Psychiatric Services found that military veterans had “some” to “extreme” difficulty reintegrating into society. These numbers are unacceptable but luckily aren’t going unnoticed.

Organizations such as Returning Heroes  and The Wounded Warrior Project, put money into the economy to help hire veterans, and the Department of Defense has put into effect the G.I. Bill to help retrain the veterans and reintegrate them into our society. These are great efforts, but there reality is, these veterans don’t have the time medically or financially to wait for these benefits to kick in. Something has to be done now and something has to be done fast.

Millions of men and women put their lives on the line to protect this country. The benefits aren’t spectacular but they don’t think twice to serve. They go to war to protect us, and the least we can do is take care of them when they return.

Everyone loves to use social media. A 2014 study conducted by the Pew Research Center reported that 52 percent of online adults use two or more social media sites. In 2013, that number stood at 42 percent.

These statistics serve to show the increasing importance social media has in today’s world. People are expected to be proficient on sites such as Twitter, Facebook, or Instagram. Forbes has even provided a guide for potential job seekers to use social media to land a job.

One of the most widely used social media websites is Twitter.

It’s been used for presidential campaigns, surveying opinion, and has been the source of some of the biggest breaking news stories in recent memory.

But now there’s a new use for the popular social media site.

Your tweets can tell how much income you earn according to researchers from University of Pennsylvania, Johns Hopkins University, University College London and Microsoft Research.

The team of researchers analyzed 5,191 Twitter users, and more than 10 million tweets. Researchers created an algorithm that pulled in words that people in each code class used distinctly.

Here’s a summary of what they found:

The study does show, however, the value society has given social media. In a short time, social media has gone from an unknown to a mainstream component that is scientifically studied by top researchers.

As part of class, we were told to take a test that was going to tell us if we were implicitly biased or not. So like all the other people in the class I took the test and my results came back as inconclusive. The test gave me a whole lot of anxiety for really no reason.

We were told to answer as quickly as possible and make little to no mistakes. The test asked you to identify a whole bunch of cropped pictures of faces as either African American or European American. So they basically ask you to press a key to identify the cropped face into one of the two categories. If you do it correctly it moves you to the next, if you do it incorrectly it shows you a red X and then you have to correctly identify the face to move on. Then it changes your category to Good or Bad and shows you words like ‘Hurt, Peace, Agony, Joy’. The categories then change to European American or Good and African American or Bad and shows you the same photos. The categories then switch places and ask you to identify again.

I don’t think that this test is a good identifier of race bias. I think that truthfully a lot of people are biased and that bias is a result of who they grew up around and how they were brought up. Do I think I’m biased? No. But does that have anything to do with the test? No.

In my Communication 345 class – Writing for Electronic Media — we were asked to take the online Race IAT (Implicit Association Test) provided by Project Implicit. This non-profit organization goals is to study the unconscious biases one may unknowingly have.

Specifically, the Race IAT’s was designed to analyze the preconceived societal constructs that Caucasian faces have a higher preference rate than African American ones.

We were asked to identify multiple profiles as either African or European Americans. We had to respond quickly while making few to none errors. 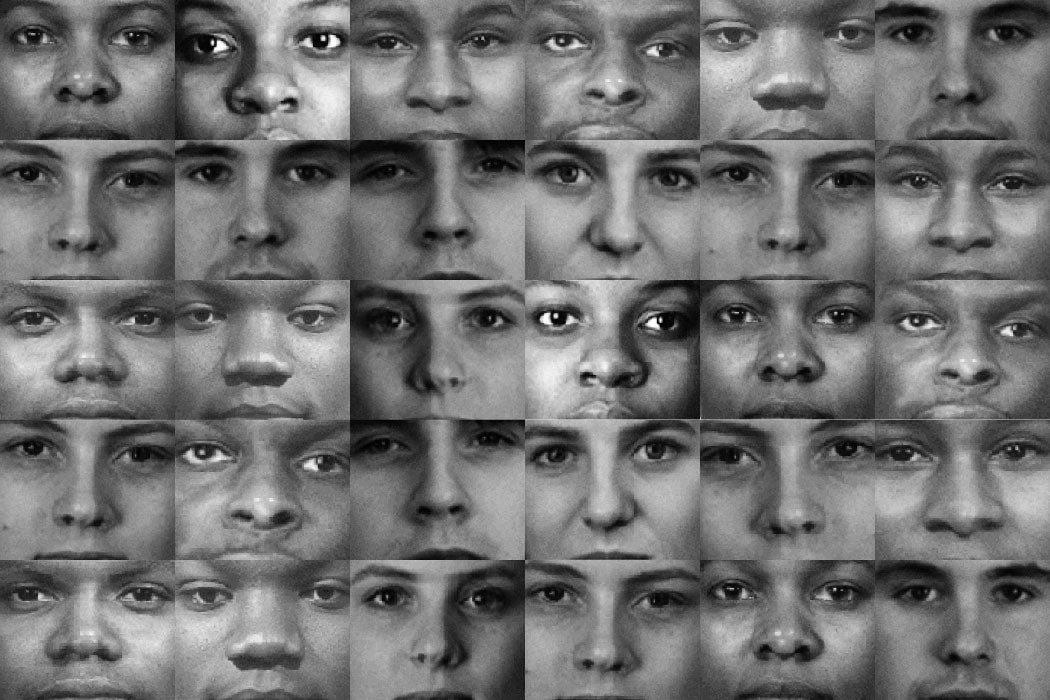 Then, the test presented a list of words and identified them as either holding a positive or negative value. After identifying a profile as being African or European American, a word would then appear and had to be swiftly categorized as “good” or “bad.”

So, how accurate is this online analysis? My results said that I have no particular preference between African or European Americans. I believe that these results have a strong correlation to a continual socialization from my everyday encounters.  At my job, the Department of Motor Vehicles, I interact with many immigrants on a daily basis, who are participating in the Drive Only program. This program allows immigrants to apply for a driver’s license. This program began in January 2015 and the number of applicants have exceeded expectations/predictions. It is my professional responsibility to provide service to whoever enters. It is my choice to provide fair and kind service to everyone despite race.

I always prided myself for having an open outlook when it comes to race. It doesn’t make a difference whether a person’s color is white, black, or magenta; it’s all the same to me. But after taking the implicit association test (IAT), a series of online timed tests created by Project Implicit aimed at measuring a person’s unconscious racial bias, the computer screen was telling me otherwise: that I indeed possessed a bias against African Americans and contained a preference for Caucasians. Well, that’s news to me! 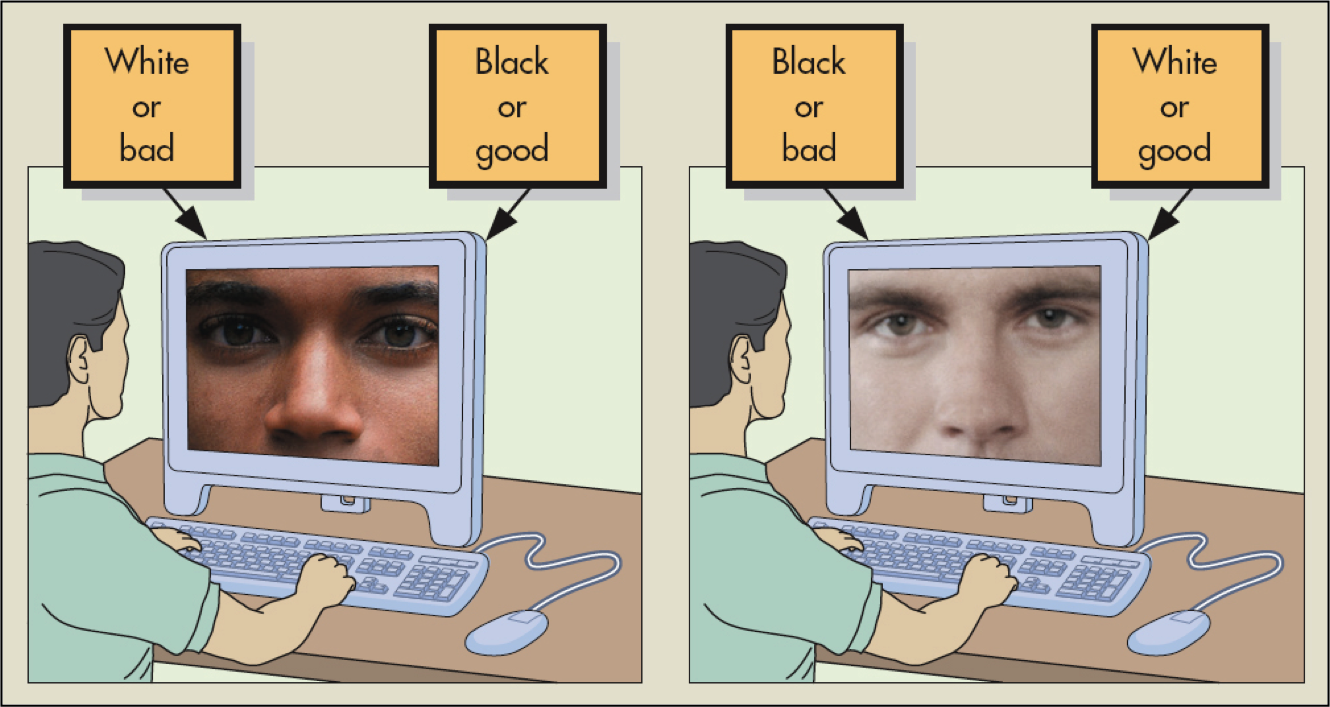 Racial bias isn’t always apparent. Everyone and their mother contain implicit attitudes, “positive and negative evaluations that occur without conscious awareness towards an attitude, object, or the self.” Research shows that 75 percent of all participants of the IAT demonstrate a reflexive preference to white skinned people. Getting a test result back that indicates an unconscious bias doesn’t mean one is racist. Not at all! Implicit attitudes are a routine facet of being a regular human being. Nonetheless, it’s vital to uncover these implicit attitudes so that we can figure out how they impact our daily life and thus move beyond them.

Curious with how you would fare on the IAT? Click this link to take the test! The gap between white and black Americans is wider than ever. This is especially apparent when it comes to median salary. The article, http://www.dissentmagazine.org/online_articles/segregations-long-shadow-ferguson-poverty-inequality, says that the black median wage has barely increased, from $13.57 in 1979 to $14.08 in 2013, a 51 cent increase. However, the white wage has increased by $1.56, from $16.44 to $18.00. In addition to a salary gap, there’s a large divide of wealth accumulation for African Americans vs. White Americans. The reason is two-fold.

Lower-income African American families take longer to accumulate the means to purchase a home, which gives a family bonuses such as equity to leverage and, property tax write-offs. This also gives a house-hold a cushion in times of financial strain (such as the loss of a job or divorce. Not having that safety net and paying rent month after month with no accumulation can be catastrophic when a major financial burden arises. Also, cities like Ferguson, with the majority of low-income black families segregated into concentrated areas, are a hot bed for drugs and crime. This not only provides an unsafe environment, but even if the family is able to obtain a house, the value of the property is dramatically lower because of the location.

Another issue that comes into play is family inheritance. The article mentions that 1 in 4 White families claim an inheritance (averaging $145,000) where as only 1 in 20 Black families do, and the average is much less ($41,000). Black families already start at a disadvantage accumulating wealth. If you don’t have the initial financial backing from your family to purchase a home, it can take years of saving to achieve the goal. This creates a vicious cycle that is hard to break.  The gap of income equality when it relates to race must be closed if all Americans are to prosper.

Not only has the definition of a family changed, as depicted on the show “Modern Family”, but also has the definition of a middle class family.
People may have defined the middle class family as a two-parent household, with a house and a car, and the father being the primary breadwinner. They lived well and never had to worry about paying the bills.
Today, there are many different definitions of middle class. Websites such as CNN Money believes a middle class income is between $46,000 to $140,000, meaning a household consumes between $38,000 to $50,000. Others may think this is far-off fetched.